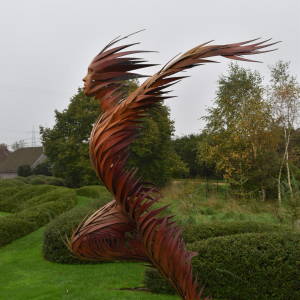 At last a free day where the weather was accommodating, so spitty got a run out. Initially it was a false start as she wouldn't start and the battery gave up trying. After giving the battery a bit of a boost and the engine an oil top up and some TLC we were off. I think spitty hasn't liked standing around doing nothing in the damp for a few weeks!

Mrs WW has been easier to "start" today as well I'm pleased to say :-)

The other good news is that the wasps that were living in my compost bin have finally got the message and buzzed off.

Sad to hear that last night a local 18th century coaching barn has been badly damaged by fire, it had been beautifully restored and used as a furniture shop. I hope fireworks had nothing to do with it!