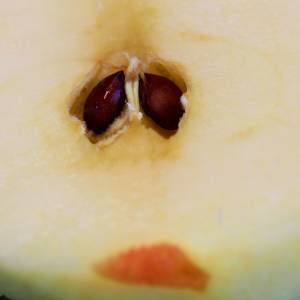 I must say a collective big thank you to all Blippers who visited my journal for yesterdays Seven Year Blip, I felt so honored to receive so many kind words of congratulations, you are a wonderful bunch of Blippers ;o)xxx

I received this little glass bowl recently from a friend who had been traveling overseas for a few months. It’s colourful and lovely especially when held up to the window as I’ve done here. Really interesting in mono too (extra).

I’m very tired tonight as we had an ‘incident’ last night when we were awoken at 1.30am by the burglar alarm going off!! Then the alarm company rang straight away and said there was movement in the office (downstairs) and we were both dithering and dare I say it a bit scared!! We crept slowly downstairs armed with a big torch and a baseball bat, I was shaking and not sure how it was going to pan out!!

My husband reached the doorway of the office first and I watched his face for the reaction and suddenly he started laughing!! Turned out I had left the office window open just a few centimeters and it was an extremely windy night and my recent collection of ibis feathers which were just under the windowsill had blown all over the floor and set the alarm off!!

Whew, eventually we laughed but I found it hard to go back to sleep and I’ve been yawning all day and now i’m literally falling asleep at the ipad!!! I’ll have to catch up with you all tomorrow night! ;o)xxxx