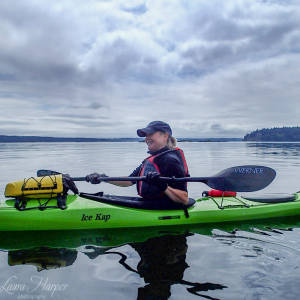 The fog was thick this morning but I only had the early morning available so I went over to the wetlands between the lake and the river.  The fog was so thick I knew I wouldn't be able to get a good photo until it lifted, but it also camouflaged me enough to sneak quite close, not into the cut corn area still back in the brush.  The sound the Sandhill Cranes makes is such a wonderful noise and there were hundreds of them, it was glorious sounding.  As the fog lifted a little I was able to get a few shots, not the quality for enlargements but it captures the feeling.  I added two other shots into Extra Photos.  One of those times it's better in large.