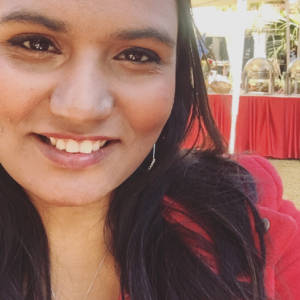 Four years ago, Zuzu, our queen golden retriever, gave birth to eight beautiful puppies. When the puppies were about a month old, Phil took them to the roof for them to enjoy the sun and the space to run around. One of the puppies came to him, sat on his lap and fell asleep while others were busy playing with each other. We decided to keep that boy and named him Bailey. We loved all the pups, but Bailey was the weakest of the litter - we had to force-feed him when he was a puppy. Thankfully, he gained his appetite as he grew older.

People, balloons, balls (or anything round and bigger than the size of a wrist), socks, frisbee were his favourites. We could not say the word ball or balloon when he was near us for risk of getting him too excited. If by mistake we did, he would search the whole house, find a ball and bring it to us. He never got tired of playing catch with Phil – ball or frisbee – but wore Phil out. He was tolerant of Domino and Luna bitting his hind legs as he went for a catch. One day we took him to a nearby clearing, and he instantly became friends with the local kids, and they shared their football with him. He loved playing with the kids regularly, and fair enough every kid in the neighbourhood knew him by his name and loved him. I would hear Mahima and Kritee ask about their socks and sometimes not tell them Bailey had brought them to our flat. As far as he was concerned, he was borrowing them, not stealing. It was their fault that they rolled their socks into balls, Bailey thought.

When three months old, Bailey ate a caterpillar, and that resulted in a rush to the vet. He was an exceptional and well-behaved dog in our family (except for when he was a puppy, and he loved chewing wood and destroyed our front door).

Bailey followed me everywhere in the house, including the toilet, and I knew I had a very special bond with this boy. Every time he heard someone raise their voice, he would come next to me and hide behind me, even when Phil was simply cheering at football matches! He loved everyone and wanted everyone to love him and each other. He would be sat below my desk when I had to work till late at night. He would come to the gate and wait until I rode past him. He liked sleeping on my pillow, so I had to adjust myself. He would be sat by the stairs or the bed watching my every move with his saddest eyes whenever I packed for the field. When I came back home, he would make me the happiest, making sure he was next to me every minute. He made everyone happy, I’m sure – Mahima, Kritee, Rashmi, daddy, mommy, and cousins who came to our house regularly.

Bailey enjoyed going on scooter rides. He would be sat at the front, with his head enjoying the breeze. When we moved to our new place, he was so desperate to go with me as he noticed things disappearing from the living room that I drove him on the scooter. He loved it. As scary as it may sound, one morning he jumped on the back of Phil’s motorbike and tried sitting. If only we were allowed to take pets to work, we would have definitely taken him with us. We took some photos and got him down.

Last Christmas Bailey got involved with Ccino, a cocker spaniel Phil and I gave to my mother five years ago. They had beautiful puppies this past February. Bailey loved all the pups but had a special relationship with Harry and Luna, who are still with us. He would let the pups do anything they wanted. To be fair, he would let every dog in the house do whatever they wanted with him. He loved all the stray dogs but was a bit nervous around proper breed dogs in our neighbourhood. When he was two, we took him to a dog show, one of the most pathetic and poorly organised events, and he had enough of all the show quality dogs.

Bailey is the happiest dog I have ever seen. He barely complained. When we went out for a short while, we would put Bailey and Zuzu in the cage, and while Zuzu cried and demanded to be freed, Bailey sat quietly until we let him out. He was always excited and joyful. This very joyfulness and a complete lack of complaining meant that we didn’t realise our boy was very ill until too late. We are heartbroken. Bailey breathed his last breath tonight. He had been suffering from a disease that made him anaemic (not e-canis), and despite our visits to three different vets, we failed to save him. It’s no surprise that most of the vets in Nepal care less about the pets and more about the money. Instead of telling us he was at the last stage of his life, one was careless with the treatment, the other didn’t even know what he was doing but charged us huge bills every day, and the last one was no better. I am bitter and frustrated at how things work in my country. I should have gone to a friend who is a vet, but he was away when B first got ill.

Ball, balloon, and Bailey boy were his favourite words. Bailey has a special place in our hearts and will always remain there.

I can’t thank my sisters and cousins enough for all they have done for Bailey. I feel so sorry that I was not there. Love you all and see you next month!