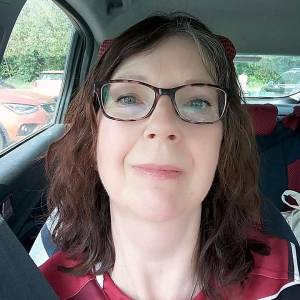 This morning was a lazy one. I had to get up early with Jae as he had a 14 hour work shift today, but once he'd gone to work it took me ages to motivate myself to do anything as I felt really tired! I slept really well last night too. I had thought I may go to town, but I ended up staying home and doing some internet shopping instead.

This afternoon we went over to Jeri's. I made some Christmas punch, which I think was well received! It was a good afternoon - another buffet, with Paul's mum and sister along too! Brian and Vicki were both suffering with colds unfortunately, but everyone still had fun!

I realised before we were going to come home that I still didn't have a blip so I took a few random shots. Jeri and Brian were as reluctant photo subjects as Mal and Jae were last time we went over! Jeri was just bothered about having raggy socks on!