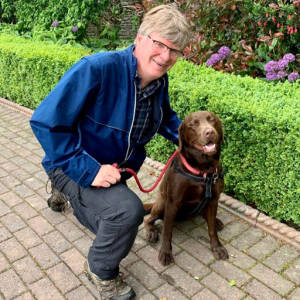 We came across this boarded up 17th c house on the periphery of Seaton Park today. There’s a better view of it from the neighbouring main road but I had the dog with me so opted for this real view blip which doesn’t really do it justice. I’ve seen in many times before and always knew it as the Wallace Tower but it’s proper name is
Benholm’s Lodge. It was built in the early seventeenth century by Sir Robert Keith. It took the form of a Z-plan Tower House and was originally located in central Aberdeen adjacent to Netherkirkgate. In the 1960s the tower was dismantled ( to make way for the Marks and Spencers) and re-assembled in its current site. It’s a pity that it’s not open to the public.