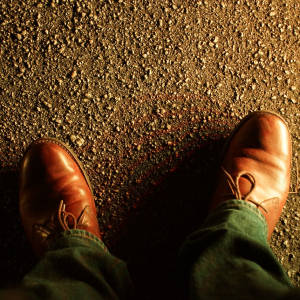 Taken in Taipei on a recent trip in one of the night markets with a couple of extras from the same night market too.

On this trip I was joined by a Singaporean photographer who was helping out with my research and we went out to do a bit of street photography while we were there. He suggested I write some stories to go with the pictures I took so here we go... we'll see how long I manage to make this last but in the meantime, apologies - I have no idea what’s about to come out and I can't guarantee it'll be any good at all.
**********************************
You'll only pass through the street once, after all, it's a long way to come. In your fleeting visit you'll never know how much it's changed and how much it's stayed the same. You'll never know if tonight is unusual or if this is just another night of long practiced habits and little rituals. You won’t give a moment’s thought that on almost any night over the last 50 years the sisters would have been at their stall. As children you would have seen them helping their mother. You might have seen each of them returning to work the day after they were married, or when they were pregnant, or with week old babies sleeping behind the counter.
The other food stalls have changed, there used to be lots selling the traditional clam soup and stir fries they do. Now the young people want to sell Japanese food, Korean food or spicy Szechuan. Young people want to sell something different, but in the end they all look the same. The sisters stick to what they know and the western tourists pass them by.
The food in the market looks so unfamiliar to westerners, they worry about food poisoning and they worry about what it's made from. They mistake modernity for cleanliness and reassurance, thinking the modern stalls are "safer", that's what they say when they walk past the sisters. What they don't know is the Japanese stall next door keeps its chicken outside all day and three stands down with the trendy lighting and modern menu they buy the cheapest shellfish that the other stalls won't touch.
Now the sisters are older and things need to be decided but don't get talked about. Things hang over them that they don't want to discuss. In these circumstances it's easier just to stick to the same habits, the same jobs and routines that they have perfected over the years. Things can’t go on indefinitely but in many ways they must.
Lin's hands don't work well anymore, she struggles to grip the spoons and spatulas and last week she dropped a pot on her foot. The nail on her big toe is cracked and purple-black. Her sisters know, she thinks they haven't noticed but they have. Her sisters also know about the gambling debts that Lin’s husband has accrued. They know he’s sat in the kitchen betting the money Lin will take home that night.

Xiang’s husband doesn’t gamble, he doesn’t like uncertainty. He likes to know exactly where Xiang is. He always has. Xiang’s sisters know that working in the night market is her way out for a few hours. That’s why she stays cleaning until long after the market has closed, hoping he’ll have passed out in the chair by the time she gets back.

Shuan’s husband is dead and her apartment is old and empty. The paint is stained and there’s no one to fix the leaking tap. The steaming pots on the stall help to soothe her cough. Her sisters tell her she should see a doctor and she doesn’t tell them that she has. She’s seen lots of doctors. Some of them look at her pitifully and some can’t look at her at all and talk to their clipboards.

And so things need to change, and they will, but tonight, when you walk past and wonder if the next stall with the chicken skewers is a safer bet, the three sisters will be selling their mother’s clam soup and stir fry.

**********************************
Well that was uplifting wasn’t it? Tune in tomorrow for more joyous, life affirming story telling.
In retrospect, my mood towards this evening has probably been coloured by the fact that my colleague decided we should eat some “shellfish” which I have subsequently worked out were limpets and later that night made me violently ill. Anyway, as I say, do come back tomorrow.