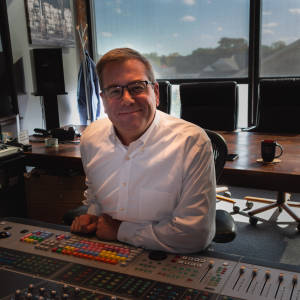 As I was wrapping up almost 7 hours of reel to reel digitizing (over the past few days) I came across the reading of a poem that I recently read as part of a voice over!  The recording was from 1959 and I read the exact same words 3 months ago.  Crazy!  I took a video of the VU's as the playback happened so I could send it to a friend who was familiar with both projects.  Had to make a blip from a screenshot to commemorate the coincidence!

Note: Since the recording was from 1959 it is most certainly mono.  Notice that the left channel is slightly lower than the right. Good practice, just in case the level peaks and distorts on the higher side.