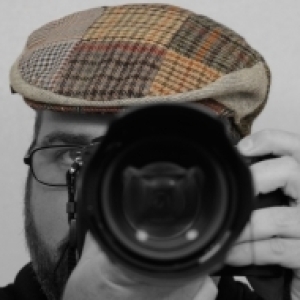 Meader; 1 frame at a time

For some odd reason there was a need to reminisce about the old youthful and carefree days, especially those associated with the controlled flight of a swing.

Each and every pass of the swing would result in some gained height and speed. Its fuel is of the greenest and most efficient kind, that of children's legs and the momentum they create. The wind would begin to blow across the ear and possibly began moving the curly locks about as well - it probably wouldn't be erroneous to say those locks were in much need of a trim either. Given enough time, the swing and its occupant would have enough speed to reach its maximum height, that of above and beyond the top bar and within kicking range of the nearest tree branch.

Those daring enough wouldn't stop at maximum height. No, they would push the envelope as far as possible to reach the weightlessness of flight, even if only for a moment or two. When the time was right, the arms would lock at a backwards angle while holding onto the linked vertical supports of the launching pad, which was also accompanied by the body's movement towards the pad's edge. Now all that was needed was the signal of clearance to jump.

A final burst of thrust was given to ensure optimum momentum and height followed by the green light and clearance alarm; we have lift off. The silence of flight is deafening. For just a moment or two, one experiences weightlessness and true peace and calm while in the limbo of free-fall. Sadly, however, this moment of silence must come to end to prepare for the abrupt and sometimes harsh landing.

Brush off the leaves, mulch, or dirt to once again prepare for the experiences associated with taking off...