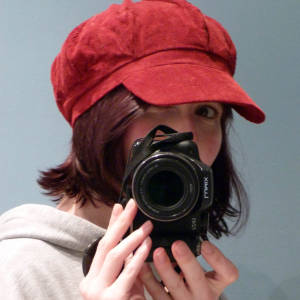 Photos from a random mind

This is not the inside of a beautiful ice cave.

Two days ago I got an email and call to tell me that sadly, our trip to an Ice Cave (inside a glacier) had had to be cancelled.  There wasn't enough snow for the vehicle we were due to be travelling in to get there.  They've had snow but also a lot of wind so it just blows straight out to sea rather than lying.  I must admit, I was greatly disappointed.  This was to be the highlight of our trip.  We'd wanted to go by Dog Sled but there weren't spaces on the days we'd be there, so we'd settled for the SnowCat.

As such, I set about searching for an alternative activity.  The main option seemed to be another dog sledding adventure (which we love so not the end of the world).  A few companies offered it but there was a very recent trip advisor post on the Base Camp Explorer one that said someone got to cuddle a puppy!  Well, that was me sold!

It was a fantastic morning, we got to meet the dogs, take them from their kennels, harness them and attach them to our sleds before heading out.  We went down into Boltardalen Valley and the lack of snow was very obvious.  There were areas we were advised to not brake too harshly because of the rocks sticking up out of the ground and snow.  at the top of the valley, we switched drivers and headed back.  As we were yet again the last sled, she left us to unanchor our sled and get going by ourselves.   A tricky manouvor when I wasn't heavy enough to fully hold the brake on our very strong dogs!  I thought I was going to speed off leaving poor G behind.

Once we'd returned and put the dogs away.  We got the opportunity to go and cuddle the new additions, 5 week old puppies.  As it was cold outside their insulated den, we had to put them inside our overalls to keep them warm.  This little fella settled down and started to doze off.  Sadly I wasn't allowed to keep him.  A nice warm up in a trapers cabin and hot berry juice afterwards.

In the afternoon we had a wader around the town, looked in some shops and got a late lunch/early dinner before heading out on a Snowmobiling Hunt for the Northern Lights.

Having snowmobiled before, and having felt how cold the windchill in the morning at -23'C was, I ensured I had every layer I could on!

After we'd been shown how to drive the snowmobile we were kitted out in warm gear and helmets before heading up Advent Valley.  We stopped a few times on route to look at the sky.  There didn't seem to be anything, but at the half way point, I decided to point my camera at the sky because maybe, maybe that was colour in the sky.  It turned out, there was a faint tinge of red and green across the horizon.  I didn't manage to get the hang of focusing on infinity but there's a blurred shot in the extras.

Heading back, I left my visor down even though it had frosted up inside, as a passenger I didn't need to see and the windchill was great.  This had the effect of freezing my breath inside the helmet and leaving me rather crystalied (see extras).  We had a webpage that is basically a camera pointed at the sky.  As we were getting out of all our gear, typically, it was lit up green.

In the minibus back to the hotel, the guide paused so we could admire the low golden moon.  As we started to pull away again, boom, there it was, green in the sky.  What seemed like minuteds passed as we all desparately tried to get out of the bus.  I've put the one, shaky blurred shot that I got, crouched on the ground in the road in the freezing cold, but depending on your screen, you might not notice the green.  One shot, one opportunity, but at least we saw them.

We tried going out the back of the hotel when we got in, but the icy chill on the finger tips was just too painful!