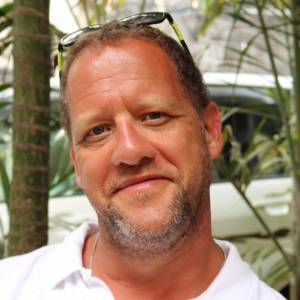 I'm used to Jack (my trainer) using acronyms for various circuit of exercises; for example:
AMRAP (as many reps as possible) for each exercise normally for a minute, the rest after a set of 4 or 5 minutes.
EMOM (which stands for every minute on the minute) which is a fixed number of reps for an exercise, then recover for the remainder of the minutes

I was a bit confused with BARBARA.
CrossFit founder, Greg Glassman, created a collection of original named WODs (workouts of the day) called "The girls". The original Girls from 2003 were “Angie,” “Barbara,” “Chelsea,” “Diane,” “Elizabeth,” and “Fran". Why girls’ names? Greg Glassman gave his workouts names because he wanted to “explain the workout once and then give it a name.” The original workouts were given female names, similar to how the US National Weather Service names storms (because he felt that because the workouts were so physically demanding that they left athletes feeling as though a storm hit them).

An Intermediate Barbara is:
5 Rounds for Time
10 Pull-Ups
20 Push-Ups
30 Sit-Ups
40 Air Squats
3 minutes Rest
This should take 40-49 minutes (I beat this only because I can't do pull ups and did inverted rows instead)

UAE schools are now officially closed for the next four weeks.