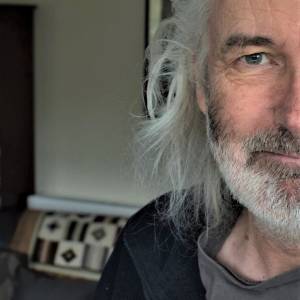 I would like to reflect on my day. This may take some time. It was a day when I saw ambulances, police vehicles and gawping neighbours. It was a day which concluded when I arrived back at my flat this afternoon to see a black covered stretcher coming out of a neighbour's door, and being  placed in a hearse. Things are weird enough with the swine flu, but this was a lot to take in.
I didn't know this neighbour. She had only been here a few months, and I maybe set eyes on her twice. I knew she was some kind of a drug addict. Earlier this year, I found a used syringe among rubbish that had been dismembered by gulls, and duly reported it. I knew that neighbours, particularly those with small children, were concerned. 'I want her out,' said one mother, and I could understand that.
I have no idea how the woman died, but you can probably put it down as a drug related death. A plain clothed policewoman asked me some questions, but she didn't seem to be digging too deep. I understand, 'I want her out,' but I also realise that this was someone's daughter, and as it turns out, someone's mother. It seems to me to be terribly sad.
After I took this picture, but before I saw the hearse, I passed a young mother who was having a battle of wills with a recalcitrant toddler. I stopped to stroke her large hairy dog. (Wolfhound, Afghan hound?) I said: 'You want to go that way, but he doesn't.' She laughed, and smiled. At that moment, I thought despite all these horrible things, the world goes on. And her wee man is part of its future.