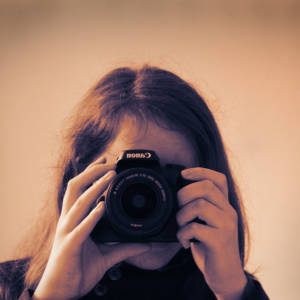 This is our living room. With carpet! Before, it just had scruffy floorboards, though which a large draft came. It makes it feel much warmer and more homely with carpet. The carpet fitters came about nine, and did it all in about half an hour! They were very good and efficient.  But there is still no door because my dad needs to sand it down. So there is a bench across the doorway to stop the wet, muddy dog going in there and rubbing herself on the carpet.

I did lots of school, starting early, getting it all done very quickly this morning, so we could go to hobbycraft in the afternoon. Hobbycraft was really busy, probably people buying things to entertain themselves / their children, as Scottish schools are due to shut after Friday. M&S weren't letting people try on clothes, so we didn't buy anything there, because I am fussy and would never buy clothes without trying them on at least twice. We returned some jeans to Next, which had ripped having only had them a week, quite severely, and luckily not in public. Poor fabric quality. They were very kind and gave us a full refund, despite the fact I'd cut the label out. Then we bought a similar pair, but which fitted better, and were made of better fabric, from FatFace. Albeit more expensive, but hopefully worth it!

Then we were exhausted and came home. Shopping is so tiring! They have signs up in the shopping centre saying that you can shop till 9pm on weekdays. Me and mum though we would die of exhaustion if we had to shop until 9pm! One hour at the most is quite enough.

No dancing class this evening. Even my super-fit, extremely healthy, very optimistic nearly-70 year old friend from dancing class gave in and let it be cancelled, albeit reluctantly, I think. She doesn't approve of getting ill. It made me feel quite depressed - even she has given in!