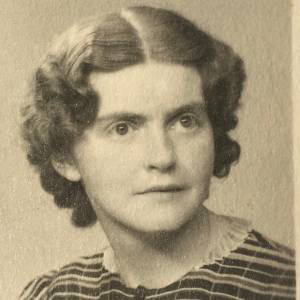 In the face of the most awful suffering and every device of evil known to the bestial Hun*, Holland** has been obliged to surrender, all but the province of Zeeland at the mouth of the Scheldt. The handwriting on the wall is plain enough for even the biggest fools to read.

If we can live through the hell of this summer that is coming, we can overthrow Hitler and stamp out this frightful evil which has attacked the World. If not, and the British and French Empires fall (the last bastions of European civilisation), there will be a Dark Age like the thousand years after the fall of Rome, from which - if humanity emerges at all - it will be the turn of Asia or the coloured races*.

The hope of mankind has dwindled to only the smallest glimmer. Only the conviction that if we fall, in God’s time, something will succeed us and perhaps learn from our mistakes, as we learned from Rome, Greece, Babylon, and China.

In the meantime, I hope most of us may be strong enough to fight for what good European civilisation has managed to do: the real civilisation of music, art, poetry, and all learning that has aimed at the betterment, and not the destruction of mankind, against the barbarous hordes that are bent on its destruction.

If Germany repeats this hideous invasion in Britain, and we are obliged to the same course as the Dutch - which I think can never be knowing how Germany will be revenged upon us - I shall bury this diary, so deep that one day, in a saner world someone may find it and know that the last legions of civilisation meant not domination but good, even though their hands were feeble and their foresight all too dim***.

To be writing such words and thinking such thoughts seems like insanity, but these times are not sane and reason is dead.

*We acknowledge that these terms are considered offensive in 2020, but we think it important to leave the vocabulary that Lorna uses in her journal as is so as not to undermine the authenticity of these entries as contemporary reports of wartime.
**The timeline of the surrender and the wars years in the Netherlands are summarised on Wikipedia at https://en.wikipedia.org/wiki/Netherlands_in_World_War_II
***We found it!