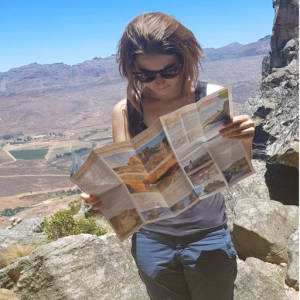 Today was just a lovely Sunday. I was up at 6am after a good nights sleep on Dragon and made a cup of coffee and oats. I joined my neighbours for some crisp early morning boat chat as a mutjac crossed in front of us and the cuckoo was calling in the distance. It felt like being in the field again.

One of the people was the local boatyard captain who offered to take me onto the river for a boating lessons. Turns out he used to train marines so I was in good hands. After some initial panic, which reminded me of stalling on the only traffic lights at the time in a tiny town called Outjo (Namibia) as I was learning to drive, I got the hang of maneuvering the tiller. Turns out I have a very responsive boat that tends to steer to the left. It was great to get a feel for the water and learn how to avoid colliding with rowers (and other boats). Mostly you just shout ‘boat’ because apparently the humming if a diesel engine isn’t a clear sign that a boat is coming your way :)

Upon return, ‘Captain’ managed to moor my boat in reverse at it’s new permanent mooring which gives me the featured view from my bedroom window.

The rest of the day was spent cleaning out the fine sandblasting dust inside, filling up her 600litre water tank, testing my solar power system and wifi for home working and spraying down the outside. And to top it off, a red kite flew low overhead before returning home.