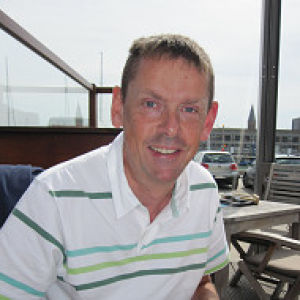 Don't walk on the grass

There's not very much grass to walk on at the moment on the West Park Stray.

After last Autumn's UCI cycling, the West Park Stray was left waterlogged and churned up after an unprecedented amount of rain. Now it has dried out, the ground has been ploughed and sown with grass seed again. Also, I understand the drainage problems which have caused certain parts of the Stray to flood for years have finally been addressed.
It has been quite a controversial issue, but as many have pointed out, it is grass and will grow back.
Around 80 years ago, the entire Stray was ploughed for wartime food production. It subsequently recovered, and will do so again.