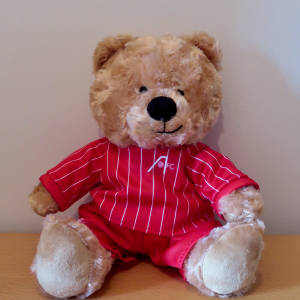 The Life of a Puffin
Puffins breed in colonies from April to August and over-winter from late summer through until the early spring out on the open seas far from land.  They are wonderfully adapted to spend months at sea  having waterproofed feathers and the ability to drink salt water and catch food. Puffins are visual predators, and when storms churn up the sea they struggle to find the small fish they prey on.

Puffin chicks (pufflings) leave the colony when they fledge and head off to the ocean without their parents.  At the Bullers of Buchan it is a one-time leap of faith from their burrows high up on the cliffs down into the sea below.  This is done under the cover of darkness to avoid predators.

Puffins remain in the open sea until they are 2-3 years old.  Then they return to the vicinity of the colony where they hatched and may nest near the 'family home' during the breeding season. Most puffins do not breed until they are 5 years old. They use their pre-breeding years to learn about feeding places, choosing a mate and nest sites.

Once a mate is chosen puffin couples stay together for life which can be as many as twenty years.  They share food. They take turns digging and protecting their burrows and they even share the duties of caring for their puffling.  Both the male and the female help to incubate the eggs by taking turns holding them tight under their wing, where there are small patches of bare-skin with lots of blood supply.

Once the baby pufflings are born the parents also share the work in feeding them. One keeps it warm and protects it and the other collects its food. They do everything together and show their affection for one another by rubbing their beaks together, commonly known as “billing”.

Scientists are unsure how puffins find their way 'home' and are still learning how the birds migrate.  They may make a mental map of their birthplace and use this to return later.  They may use the stars, the earth's magnetic field, sounds, smells and the visual clues of the ocean to help them make this 'map'.  While the ocean appears uniform to us, to seabirds it holds vast amounts of information that we can't and don’t sense.

All being well I look forward to seeing them again next spring.