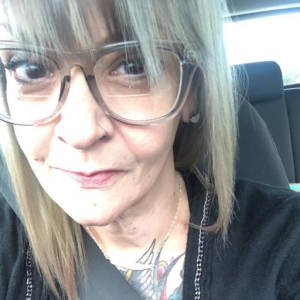 This photo was taken on November 1, 1998. It was my first wedding, he was my first love. I met him when I was just 14 years old. We divorced after only having been officially married for a year. He died Friday morning after losing a battle to an inescapable foe. Huntington’s disease. It’s been hell but I tried. For the past eight years I tried to make it suck just a little bit less. Farewell, Alan. Whatever happens when we shuffle off this mortal coil, it can only be better.