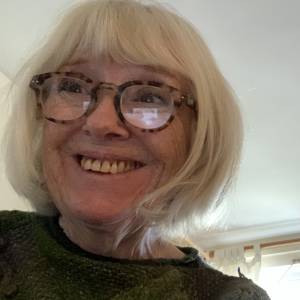 We are glad to be back in Dundee, after my experience of St Andrews yesterday & Glasgow last week I thought it’ll be quieter in a city.  Tad came with me, heart in mouth, his first time on a bus.  Only five passengers, all well apart, all masked, very clean.  We sanitised after touching anything, a habit now.  We got off at the train station & walked along the river side - I’ve never seen it so quiet, especially on a Saturday afternoon.  We walked up to Magdalen Green, almost empty apart from a dog walker or two & two guys kick boxing.  We sat & watched them from a distance for a while, then headed over to the Bridge Cafe for a coffee, the take out carriage (see extras) had several little tables so we enjoyed a coffee.  Back via the river front, where we saw mad people having a dook (extra) I couldn’t help thinking of the rubbish that I’ve seen washed up on the shore on the other side, nuff said.  Back to the city centre, again quieter than I’ve ever seen it, lots of people wearing masks just walking along, no one too close at any time.  This girl was doing her best not to be drowned out by the worlds worst busker who was bellowing away right beside her.   Across from her the farmers market was winding down, it looked like it had been busy going by the stock left.  Up to Brewdog, they were very strict, which felt reassuring, queue for track & trace even though we were sitting outside, well spaced, really good.  The sun came out just as we were leaving, better late than never!  A good day.  I asked Tad how he felt after his first bus trip, he said it was great, much safer than St As.  Well done Stagecoach, Brewdog & Dundee as a whole.