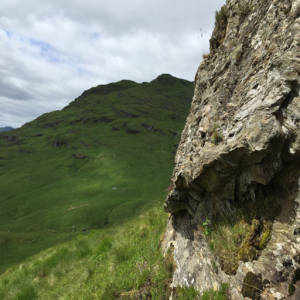 This building on the promenade in Largs was the Vanduara Hotel, now apartments. During the Second World War it was renamed H.M.S Monk and became the HQ of Allied Command charged with planning D-Day

Visited by Churchill and Eisenhower. Lord Mountbatten also spent a lot of time here.
A 27 line telephone exchange was installed with direct lines to Whitehall

Largs was also a centre for Flying Boat Operations and officers often arrived by Seaplane for meetings at H.M.S Monk and H.M.S Warren (Hollywood Hotel)