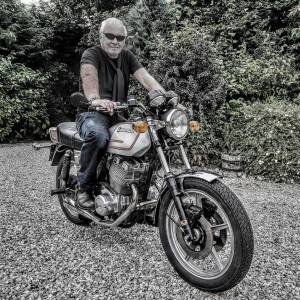 A photo of the stylus cartridge of my turntable, no breaches of copyright on  this blip, nothing for you to see here so move on.
Anyway, that is my disclaimer out the way and what you want to know is what elpee have I bought now.
The 2020 remastered Goats Head Soup is today's purchase, have to say that on some of the tracks from this 1973 album the transformation is stunning, Dancing With Mr D stands out as the most improved song, is so much sharper now.
Somewhat disappointed that "Star Star" remains so titled, would like to have seen it revert to it's correct title.
Incidently Goats Head Soup is presently #1 in the UK album charts which means the Rolling Stones now are the only group to have had a #1 album during each decade over the past 60 years. If you have read this far you may well have guessed that I am a fan, you'd be correct.
Angie
Silver Train
Criss Cross (Out take)