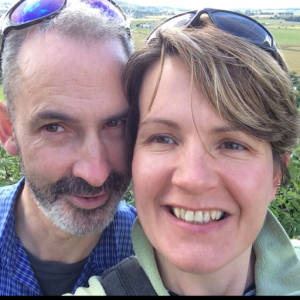 ...the Fangle has been coughing since Saturday. Every time he coughed over the weekend MrR and I kept looking at each other...

He had a stinking cold last week and our thought was that it had probably left him with a cough...temperature fine...he could still smell and taste when we repeatedly asked him...but I would like to hear a wee bit more phlegm in that cough...it was a bit dry!

At 3am this morning his coughing woke me up and I couldn’t get back to sleep...had we been irresponsible not having him tested sooner...if we do get him tested then we are all self isolating...no Weim wanders...no school for Rooster...big boys off their paper runs...did we have enough shopping in...are we just putting more pressure on the system when it’s unnecessary...on and on my brain was whizzing.

Some more coughing bouts later MrR and I had decided we should get him tested...broke the news to his siblings that we were all self isolating...they were not that impressed.

I then set about booking a test which was achieved at about 11:30am for a test at 1:30pm at the Ravenscraig Sports Facility in Motherwell...a 40 minute car journey away.

Made it to Motherwell, MrR and I then spent 40 minutes in a roasting car with face masks on trying to get the swab from an anxious Fangle! Nightmare...but we got there!

Back home and we spent the rest of the day confined to barracks with a Weimaraner that needed a walk...and teenagers that have got used to a wee bit more freedom in recent weeks...it was fun!

Thought with all this I wasn’t going to get a blip...but took an impromptu photo of Es across sitting from me this evening...she was having a wee cider...I was trying to finish off some work I’ve been doing on a water management plan for our Church building and Parish Halls.