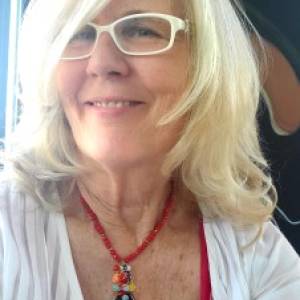 I was ready to leave once the people started arriving. Now I know why as a visiting actor in Florida years ago why the senior citizens ate so early. St Petersburg, Florida one old guy told me was "god's waiting room." And it was. I was all of 32 years old when I was first hired to do a show there. I got a lot of good roles and worked with some terrific actors. But what an eye opener to old age. During a really intense scene in the production of Agnes of God, paramedics came in to remove an elderly person from the audience and we just kept going. I was playing the cigarette smoking psychiatrist and was stunned as I watched them trooping out of the theater with a body on a stretcher. One time at that same theater (I was playing a prostitute this time) I was ready to make an entrance and a drunk, coked-up audience member was in my way that had somehow gotten backstage from the 2nd floor. I don't know how I got through the scene because I had words with this drunken, coked up woman as I walked onstage. It was awful and our stage manager apologized profusely to me. It was actually his own brother that brought this woman. I was so outraged by her that I made her cry because she said she was ready to wet her pants. I actually had somewhat of an out of body experience. Wow, what a flash-back, have not thought about that in years. And I guess I went off on a story tangent.

But man, those senior citizens were lined up by 3:30 p.m. for the special priced senior specials! Me...I'll take happy hour with delicious crispy bites!