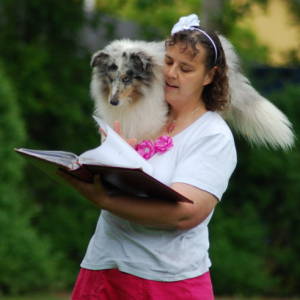 We have been away all day for a work seminar/workshop. Luckily my boss is very understanding, when it comes to my dogs, so she has chosen a hotel that allow dogs and put in breaks during the day, so I could walk them.

It has still been a very long day as we have worked from 8 am to 8 pm.

We are in a hotel near Stevns Klint, which is on the World Heritage List - you can read about it here.  So my picture today is from our walk in area around the Klint.

Stevns Klint
This geological site comprises a 15 km-long fossil-rich coastal cliff, offering exceptional evidence of the impact of the Chicxulub meteorite that crashed into the planet at the end of the Cretaceous, about 65 million years ago. Researchers think that this caused the most remarkable mass extinction ever, responsible for the disappearance of over 50 per cent of all life on Earth. The site harbours a record of the cloud of ash formed by the impact of the meteorite – the exact site being at the bottom of the ocean off the coast of Mexico’s Yucatán Peninsula. An exceptional fossil record is visible at the site, showing the complete succession of fauna and micro-fauna charting the recovery after the mass extinction.