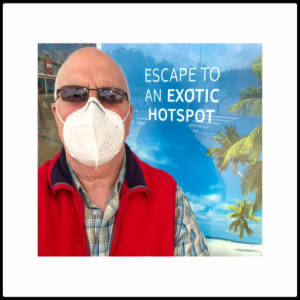 There was only one image I could post today.
Each year, Mrs B and I visit the main Wigan Cemetery to put a poppy on the War Grave of my first cousin x3 removed, John Hopkins.
He served with the Loyal North Lancashire Regiment from September 1914 to 1918, seeing action on the front, being wounded and coming home, but returning to action until the end of the War.
He wasn’t the perfect soldier by any stretch, getting himself into trouble before he even left barracks, and delayed shipping out as he couldn’t hit a target with his rifle!
However, he did his service, and sadly died of a heart attack two months after the end of the War, back in Wigan on leave.