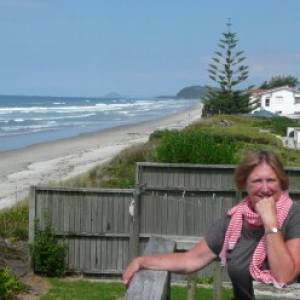 Is this our legacy to the mother of feminism?

Met up with a friend and strolled over to view London's latest piece of statuary. This is causing a great deal of debate (nay fury) and there were quite a few people standing around discussing it. This statue is to (not of) the 18th century radical thinker, Mary Wollstonecraft, considered the mother of Feminism. The actual woman at the top is tiny and is meant to signify "every woman" rising above the morass below.
I, personally, find it rather abhorant and wonder why she has to be naked (apparently a group of people are all busy knitting outfits to keep her warm in winter and l hope to be able to photograph some of those at a later date). A naked woman is just like time old statues and l don't see many naked men statues about although l understand that in one of the Oxford colleges there is a naked statue of her son-in-law, the poet Percy Bysshe-Shelley. It is kept behind closed doors and not open to the public l am told.
Anyhow the statue to Mary Wollstonecraft is made of silver, l suspect it will be stolen and melted down in due course.
The extra shows the Unitarian Hall where influential thinkers of Mary's time used to gather.
I am not a fan.