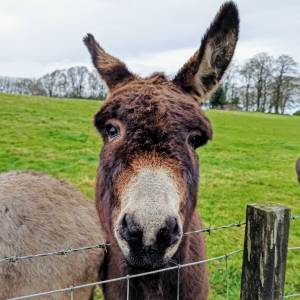 Today I chose another old railway within the Edinburgh Covid border to run along and find geocaches. It was the old Newbridge to South Queensferry railway line and there were 14 geocaches along a 9km route (1 every 650m). After that I ran around Kirkliston for a bit to get it up to 1 hour. I found myself in Allison Park and spent ages on the other side of this river trying to find a geocache on that hill. It wasn't obvious though and since it was very slippy and the waterfall was at full force I didn't fancy falling in so I gave up but decided to make it my blip to make up for the effort.