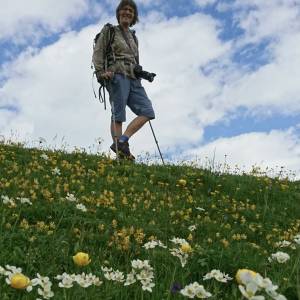 (Firstly, however, amazed at your reactions to yesterday’s bouquetin shot which is now in number 1 position! It just goes to show your best camera is the one in your hand not in your rucksack. My tiny Sony did well while the Olympus with its 300mm lens was in the rucksack.)

This little bird is a first for me, although they aren’t rare. All of our birds have had a hard time today, the snow stopped for only an hour. The cats are rather bemused by this fluffy white stuff and there have been some funny chase moments between them. Preston, in extra, lying in the snow to get nearer the feeder. Since then another 10cm has fallen, chaos on the roads apparently. No birds were caught today!