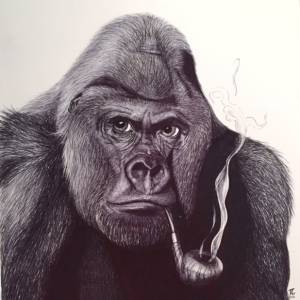 Why did I come in here?

During my careers I served with some of the bravest men you will never know. Men who did the things that kept you safe from the darkest horrors. They were quietly rewarded by our Queen and Government; I would happily place this man alongside them.

This is Doctor Rob White. He joined the NHS and entered his hospital training when Elaine was a ward clerk at Royal Cornwall Hospital, Truro. She taught him how to cope with the overwhelming paperwork. He then continued his training and became a fully fledged Doctor. Rob became our GP, he sets the benchmark for GPs, warm, funny a great family man. When Elaine had a nervous breakdown while working as a Coroner’s Officer, it was Rob who ensured she had all the help she needed. I have a great deal to thank him for.

Doctor Rob White is the man responsible for the 13 sites at which Cornwall’s Covid19 injections are administered. He has organised the whole thing. His workload would make most hard men wilt. During ‘normal’ times he trains new GPs and at night does A&E shifts to maintain his skills and knowledge. As one Doctor noted, he will stick a needle in anything. This morning he came here, to our house and gave me the jab I need to protect my damaged immune system.

This image shows, graphically, how the pressure is telling. If you can, please write to your surgery, give them a pat on the back. Send chocolates, send pizzas, do the small, simple things. Just to remind our exhausted NHS staff that we still will and do appreciate them.

I gave him a Caramel Creme Egg. It seemed a fair enough swap.

A sudden burst of sun, he turned his face to the glow and the years started to drop away.