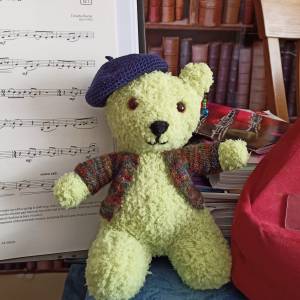 I got a text saying James and Carly who live with us can get their vaccines - because I am immunosuppressed.

I am not immunosuppressed*.

I rang the GP surgery and was told to go there to pick up a letter which would reveal all.

I braved the maskless hordes (suitably masked myself) to get a letter which said exactly the same as the text.

I told the receptionist that the letter was wrong and she told me to ring at 8am tomorrow to arrange a "consultation" with my GP.

Every stage of this involved long waits followed by people patronising me by slowly and clearly restating information that I had just told them was wrong.

Still, the walk back from town is always lovely and I have to pass through this very beautiful archway. So there's that.

*The three of us have all kinds of other health issues that mean that Carly and James probably should get their vaccines sooner rather than later. It's just that being immunosuppressed isn't one of them.