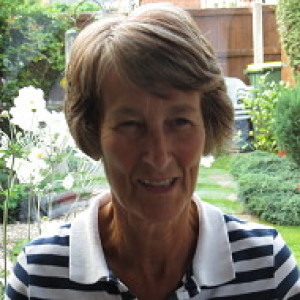 A sunny start to the day but cold.  Later a lot more cloud but still no rain.

This morning my friend came round for coffee and cake as its her birthday tomorrow.  A bit chilly but enjoyable!  Later S and I went to the bluebell woods again, they were still not out in full bloom, probably because its been so cold.  We walked for quite awhile over the fields and along the stream when suddenly we saw movement, water voles!  So pleased to see them as its been many years since I have and S. had never seen one.  Two photos in extra, I never realised they could swim so fast!  We then went to a garden centre, had a coffee and teacake.  Looked around and I bought a few things, I'd been let loose in a shop!!