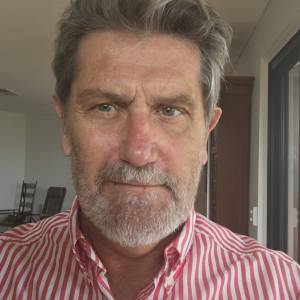 Been a long-time fan of the Huon Pine, which is almost entirely restricted to sections of Tasmania.
There's nothing particularly remarkable about the tree itself, in that it's a conifer - which are common as muck - and like a lot of conifers can be a scrappy and rather inelegant lot.
But the wood it makes is very unusual.
It's not a hardwood tree, so it's quite easy to work with. But unlike most conifers, the timber doesn't easily become water-logged, and doesn't easily rot. In fact, it can lie underwater or underground for hundreds of years, some say thousands, and remain pretty well intact.
Its suitability and value as a timber for making wooden boats and ships is obvious - as it was to Tasmania's settlers, who during the 19th century  and earlier decades of the 20th proceeded to cut down huge swathes of them - until there were not sufficient stands of accessible trees remaining to make the process economically viable.
The Huon Pine's secret here is its very wise, even canny choice of natural oils. Methyl eugenol not only gives the trees a distinctive and very pleasant aroma, but it also acts as a natural and effective chemical preservative.
Moreover, it effectively repels virtually all destructive insects, pests, and fungal diseases that can plague most other types of trees growing in temperate rain forests at some stage of their growth.
As a result, they tend to last for a very long time. Indeed, Huon Pines are some of the oldest organisms on the planet, often lasting for several thousand years.
Which is just as well, because they grow at an excruciatingly slow rate. Whereas many of their conifer cousins might grow up to a metre a year in favourable conditions, the best the Huon can manage is around 0.3mm up to 2.0mm of growth per year.
Given that they generally grow up to a height of 10-20 metres - occasionally higher - they would need somewhere between say, 3500 years at the slow-growth, low-height end of the scale, and 10,000 years at the high-growth, high-height end, to reach full maturity.
You can get some idea of this slow growth rate from the timber's extremely fine grain, and its densely packed successive growth rings - as seen in today's (somewhat magnified) profile photo of my brand new, genuine, scavenged-under-licence-from-dead-trees, Huon Pine cutting board.
Turns out that the Huon Pine is quite a cunning tree. Although extensively exploited by boat-builders, its knack for taking so damned long to regenerate meant that they eventually tired of waiting for fresh supplies, and instead turned their attention to iron and steel.
They're here for the long run.