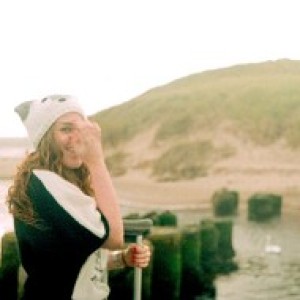 Another day of transit and it was decided that perhaps we should think about stitching up the fish trap. We started the task during daylight but it took several of us into the dark to stitch up all the sides. First Officer Stephen Bailey taught me how to stitch and even complemented my work - I should think so as I was determined to tie it tightly enough and gave myself a victory blister!

The fish trap shown here was designed by Dr. Alan Jamieson (The Supreme Commander of the Pacific Rim) and Thom Linley. The trap will be deployed at several depths to catch various deep-sea fish species and amphipods for various scientific analysis.