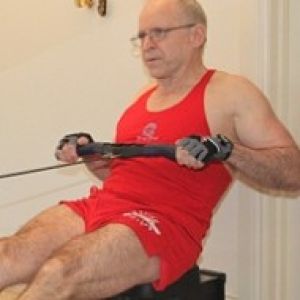 Thomas Newey, an omnibus proprietor, built this coach house and stables in 1872 to house his horse drawn vehicles. A row of small openings high on the western wall indicate that the horse stalls occupy that area, while the coaches were kept in the centre under the arched roof.

Other small rooms were used to store food and harness. At night the horses were kept in a paddock on the banks of Brownhill Creek at the southern end of Newey's Road near the family's home.

Newey's coach stables was acquired by the Harris family who, for three generations, ran a greengrocery business on the eastern corner of Albert and High Streets. The building was opened as a scout hall by Sir Thomas Playford in March 1955. Playford was our longest serving state premier.

It was purchased by the first Torrens Park Scout group on the suggestion of Miss Margaret Arnott-Rogers, a long time cub, scout and group leader.

Margaret Arnott-Rogers was born in China in 1907. When the family left China in 1916 to train Chinese labourers in England in World War I, they carried the embroideries and household objects with them. They later retired in Adelaide and died in the 1950s.

Their daughter Margaret Arnott-Rogers gave the collection to the Ballarat Gold Museum in 1984. She died in 2002 at the age of 95.