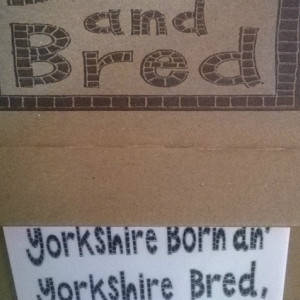 Out for a recce walk today with Corinthian and R.  Early morning problems with updating my M card for the buses, but sorted out easily at the travel centre.  A hot day promised and it didn’t disappoint, but a nice breeze to stop us getting too overheated!  2 buses to Haworth and walked part of the Railway Children Walk passing along the river and seeing the steam trains as we neared Oxenhope Station.  Lots of trailers for the film makers of the new a Railway Children film.  Chatted to one of the men there who said he was from London, but with all the recent filming for this, Emily and Gentleman Jack he said he hadn’t been able to “get out of bl*#*y Yorkshire all year!”.  He did agree it was a good place to be though, and told us to call at the school by the parsonage in Haworth as that was where filming was taking place today.  Walked on the Millenium Way route to Marsh and then onwards and upwards eventually reaching the top of Penistone Hill then onwards into Haworth.  Haworth very busy and the cast and film crew were sitting around having lunch. Passed Cobbles & Clay Cafe where my grandson is currently working during the school holidays - it was rammed!  He was pot washing today - his least favourite job - he prefers to be serving on.  Reached the bottom of the Main Street just as a bus arrived.  Good timing after a great walk with several hills, but some amazing views and some quirky sights too. Main image of the leafy pathway at the start of the walk, and lots of captures in extras.