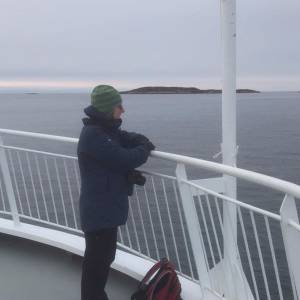 We were sitting having a coffee in the sun room this morning (avoiding the midges) when we spotted this wee fellow perched on a nearby post. It seemed to be having a nap but when it didn't move for more than twenty minutes, we became a bit concerned. However, it suddenly woke up and became quite animated, hopping up and down the post, then down onto the rockery. It amused us for a further ten minutes before flying off to pastures new, hopefully to join up with other siskin.