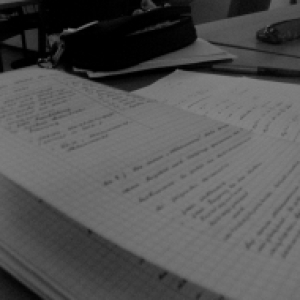 I saw alot of blipable things today and got adrenaline rush. =)
I was taking pictures of some apple flowers and listening to my mp3. When I was finished and turned around to walk further suddenly there was very worried dog. The dog was very protectiv of the owners and was worried that I might be a treath. And the dog sure scared me. For a second I was sure I was gonna get bitten. Well luckily not. And the owner didn't even say sorry! Well she did but only after I said something to her. She was very murky..

Then I was walking behind this mother who was on a walk with her 2 boys and a little girl. The kids were all about age of 5 or so. The boys were happily driving tricycle and bicycle and the girl was walking. I was very amused by them because the mother was pushing trollies in which the girl would sat is she got tired (I assume) and had to constantly leave them and go get the girl and carry her back to the trollies. The mother never put the girl into the trollies just next to them. First time the girl went to the waterside. Second she was wandering right infront of a car and the third time (after that I passed them) the little girl went to a veterinary clinics door and wanted to go in.

When I took this picture I alsoo met some bypassers. I said hello because they were staring at me. It waswoman and a man. The woman stared at the spot I was taking pictures of obviously perplexed. She couldn't understand what was so interesting there. Well some people just love taking photos!