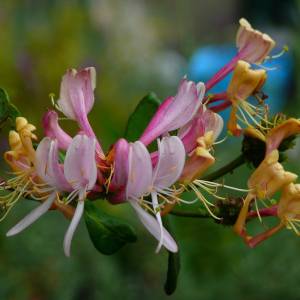 We’ve had a few days away in Abbey St Bathans in the Borders, so I’ve got a bit of back blipping to do.

On Friday, we walked to Edin’s Hall Broch, one of very few Iron Age brochs in lowland Scotland, thought to have been built in the first two centuries AD. The 22m diameter of the broch makes it much larger than the typical Highland broch. This also suggests it may not have been as tall as other brochs, but it is possible that it once stood twice its present height of 2m. Edin’s Hall may be closer to a substantial Iron Age roundhouse than a broch.

We had great weather and the views of the surrounding Borders countryside were really beautiful. Everything was so peaceful - we only saw three people and a dog on the entire walk, and the only sounds up at the broch were the skylarks singing above us.

The house we were staying in was also very quiet, surrounded by trees and a wee burn at the bottom of the garden. Outside the sitting room window was a mini wildflower meadow which I just loved - see extra blip.