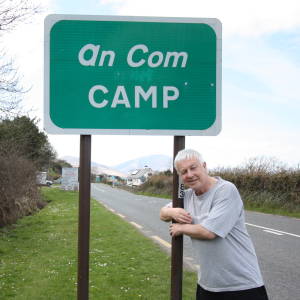 He was sentenced to death, but I managed to get him/her a reprieve. It won’t be so lucky next time as I will not be around. Charlie was anxious to get the honour of setting it free. I think its ma or da met their demise in the house next door to my daughter's.

Ireland and the mouse.
If you are walking along a hedgerow in Ireland on a summer evening and you spot a mouse, its probably a wood mouse. Commonly known as the field mouse. It lives on a wide range of habitats, including grassland, woodland, sand dunes and raised bogs – almost anywhere that is not too wet. Wood mice are ‘cuter’ than house mice and have large, dark eyes and large rounded ears. The fur is usually warmer and browner.  Wood mice arrived in Ireland during the Mesolithic Period, nine thousand years ago, about five thousand years before the house mouse. Their died is wide-ranging: seeds, nuts, green plants, buds, fruit, and fungi. In summer in the height of the breeding season, insect larvae, worms and other invertebrates are consumed. Females give birth to more than one litter per season, with few of the young making it to the following year. They are an important item on the menu of many carnivores, including foxes and pine martens and raptors such as barn owls, red kites, kestrels and buzzards. When caught by the tail, a wood mouse can escape by shedding the tail’s skin.