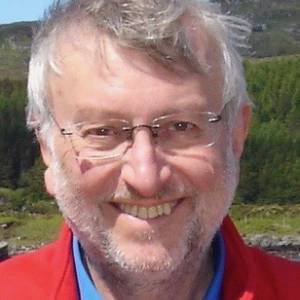 This statue in Helmsdale commemorates the Highland Clearances, and especially the clearance of Strath Kildonan, a savage period in our history when the landowners decided they needed more money, decided people were less profitable than sheep, and decided there were too many people anyway. Whole communities were erased, thousands were expelled from their ancestral lands, some died now or later, many ending up scratching an alien, industrial living in cities; more still forced to emigrate to foreign lands.

Look at the movement in the sculpture. The man moving resolutely forward. Forward into a gale force wind, judging by the flow of his hair and the pull on his clothes off the shoulder. Not looking back because there is nothing to look back to. The mother, on the other hand, clutching her scant possessions, feeling pulled back to her entire existence hitherto, and pulled forward regardless because there is no choice. The child halfway between the two.

At one time I had the privilege of representing this part of Sutherland on Highland Council. There are a number of communities in a huge ward, each distinctly different, but Helmsdale and the strath always got into my soul. I remember one festival week, a lecture by Prof Jim Hunter at Timespan Museum about his new book on the clearances. He concentrated on the story of one family, burnt out of their home while the father was away on business. It was a harrowing story, and Prof Hunter wondered what had become of the family’s descendants. A man in the audience held up his hand and said, I’m one. Really, the clearances are that close, a living part of an open wound for many. Mrs Oon’s forebears were cleared twice in a row. It’s in the marrow of so many bones.

Strath Kildonan is still empty. Sure, there are some people, but it always strikes me as a barren place, owned by estates, dedicated to holiday lodges, to fishing and shooting for the rich, the heart ripped out of it.

Here’s a better note to end on. Our friend George came to stay in 2004 to help us with our self-build. One day we took him up the strath and, turning left by Kildonan station, took the track which goes up, up, up the hill and over the top to Loth. At the very summit we stopped. It was sunny and silent. Except It was the time of year when the rut was on­­­ and stags were roaring. George said it was the nearest to heaven he could imagine being..

Now, listen to the poem, and the music