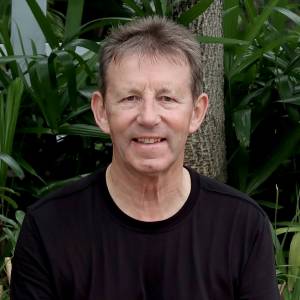 Seventh Wonder
Kim Parker is the artist who designed  this CLAN Cancer charity sculpture (based on the Bell Lighthouse) which stands on Aberdeen’s Beach Boulevard.

She wanted to pay homage to this amazing structure and the way it works with nature. She has created a juxtaposed design painting the geometric alongside the organic and has highlighted the beauty of both.

The Bell Rock Lighthouse (also known as Inchcape) sits on a reef eleven miles off the coast from Arbroath.  At high tide it is covered by 14 feet/4 metres of water.  Before the lighthouse was built, the reef was notorious for shipwrecks with around six ships being sunk on the reef every winter.

On 1 February 1811, the lighthouse lanterns were lit for the first time.  It is now regarded as one of the seven wonders of the industrial world, the lighthouse took Robert Stevenson and his men four years to complete.

The lighthouse is still fully operational and  is a testament to the quality of engineering and construction of Stevenson and those who built it.

Another much more famous artist who painted a watercolour of the lighthouse was Joseph Turner.  You can see his art work here …

I photographed the lighthouse whilst Mrs CBL was having her hair styled.  It was a geometric and organic work of art which I admired greatly!