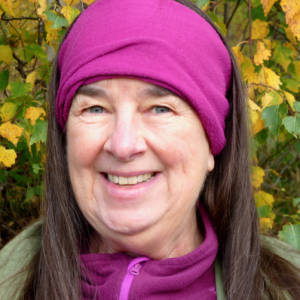 Well, I was in town all afternoon, I took my camera deliberately, and still didn't take a single photo. Perhaps I'm not that interested in photography after all? Or just more interested in the people I was with. We took two friends and party pals out for lunch, Jonna (puppet maker) and Gustav (scene builder, electrician etc), and we tried out a new place that hasn't been open long. A little bit more expensive, but the food was delicious, with interesting tastes and textures, and the staff were so friendly and helpful. The setting is also lovely and modern, but also subtle and with lots of light and textiles to dampen the noise. We will be going back to Engströms Deli!

It was fun to have time with G and J, they have lead very full and creative lives, we have no wild stories to complete with theirs! I think I did one wild thing when I moved to Sweden, and perhaps a second one when I returned after 18 months in the UK - and then I've been Mrs Staid and Reliable ever since. When I did a residential leadership training course (UGL) with the Swedish army, those 8 soldiers thought I was very wild and crazy, but the framework they had for "normal" was very tightly drawn!! I told them I was the dullest, most conventional person amongst my friends, but they remained unconvinced. I suppose everything is relative!

Anyhow, we went to the bookshop and bought a new map book of Sweden after we discovered ours was from 2005 we both felt it was possibly time. There isn't a lot that changes in our part of the world to be honest, it's a different matter in the south where 75% of the population live. Should you visit us and arrive by plane to Arlanda airport, just get onto the E4 heading north. Drive for 5 hours or so and leave the E4, by turning left after Älandsbro when you see the sign for Gryttjom. One right turn, and the first left X 2, straight up that steep hill, turn left after the postboxes, and left again round the tennis court (seriously!) and you've arrived. No-one needs a map for that sort of navigating, surely? All it takes is time.

Anyhow, now we have a van we are going to pastures new and more distant, and potentially changed from 20 odd years ago....! We are ready. I also treated myself us to 2 oval shaped platters/plates with many patterned hens on them. Melamine, half price in the sale and destined for the camper van. Here are some similar ones, the company is called Rice and they do a nice line in whimsy. My loved one was less thrilled but I wasn't listening.

Keith bought milk and salt, last of the big spenders! And we headed home, in my case via the second hand shop where I met our God-daughter (again, it's becoming a habit) and she wanted my advice (again) which feels a bit special to say the least. Keith bumped into Ruth when he came to collect me, she was avoiding studying by mooching around in the flea market! Today's bargains were yet more crystal-covered lights, one electric and one for night lights. I really want to add one to Little 'Arry (the van we keep calling "the van", despite it being given a proper name - it even has hand made and name-embroidered Tea-towels!) but I can't think how to get it to work off grid on the 12v system... If we're hooked up to a power supply I can just plug one in. This is one way to spend your precious life, pondering such fripperies.

When we got home, Keith surveyed the marvellous grass cutting and jungle bashing I did yesterday and declared it to be a job well done. He'd already mowed the big grassy area. (I hesitate to call it lawn, don't look too closely!) Our neighbour popped by and said the little lake is now a mere 13 degrees, so swimming might have come to an end. Autumn colours are popping up everywhere we look. I took this blip by the front door, of the hanging honeysuckle with the deck and the huge sunflowers beyond. It was threatening rain all day and now the evening is here, so is the rain. A soft evening.