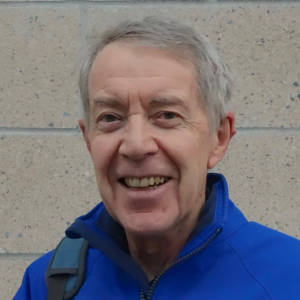 They look as if they would be tasty, but I didn't succumb.

Hamish and I walked our usual route today. We don't always walk the same distance or the same speed. Today he was more energetic than usual -- he set a good pace and didn't want to turn around at the furthest point we sometimes reach.

The trail was quite muddy, but I had already planned to wash him today, and he really needed it (extra). I stand him on the floor of the walk-in shower and use a hand-held shower head to wet him before applying the dog shampoo. I wouldn’t say that he enjoys the procedure, but he’s getting more resigned to it each time. He does like Cynthia wrapping him in a large towel for a brisk rub afterwards.

Although he looks much better now, I wasn’t able to remove his beard stains. He’s not a pipe smoker — he likes to rub his chin on the ground. Sometimes  he chooses grass, other times it’s concrete!