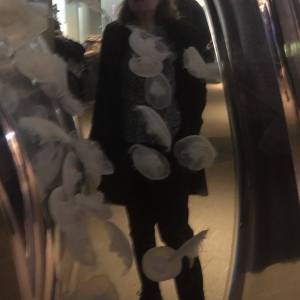 Turned a corner at Pyrmont to find the barque James Craig moored outside the maritime museum. Here is what I remember: built in Sunderland, England; launched as the Clan Macleod in 1874; rounded the Horn 23 times; renamed by James Craig, a Tasmanian trader; eventually left to rot in Recherche Bay, Tasmania; restored largely by volunteers over a 40-year period; now one of only four square-masted sailing ships in the world; the only one in the Southern Hemisphere; carries 80 passengers; no idea what the figurehead represents; awarded a maritime heritage medal. I’d seen it in full sail on the harbour, but not up close.

The pre-game entertainment for tonight’s grand final starts in just over an hour. Unbelievable that lockdown has brought me to this.

Hope you’re having an enjoyable Sunday.