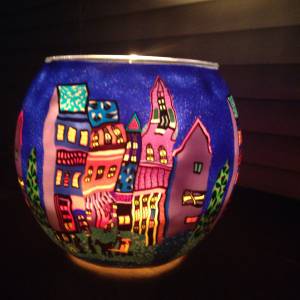 I returned Leia to my ex-husband this morning before work. She's now with him & his partner on the other side of the country. I hope I'll be able to have her to stay again sometime.

The photo was taken at about 6.30am. I'd woken up before her because I was agitated about her leaving. She was still sleeping on, oblivious at this point. Unusually we were in my house rather than Mum's, because I wanted to spend the last night with her in the house where she was a puppy, and which I'm pretty sure she thinks of as home. Also, she sleeps on the bed with me here because it's a king size - unlike the single bed I have at Mum's. I love knowing she's there, curled up. We slept for years like that.

The past few days have been difficult, knowing that we were on borrowed time. Now that she's actually gone, it's strangely easier, although I suspect it may hit me later.

Work continues to be busy with barely time to stop and think about anything else, which isn't a bad thing.