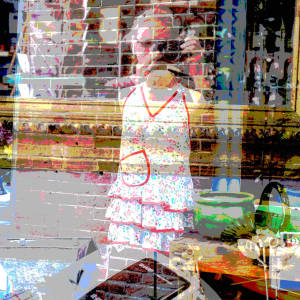 
The first partially successful photograph of a camera image was made in approximately 1816 by Nicéphore Niépce, using a very small camera of his own making and a piece of paper coated with silver chloride, which darkened where it was exposed to light.


Thank you Nicéphore Niépce,  you have made blip possible.


“You just have to live and life will give you pictures.” – Henri Cartier-Bresson