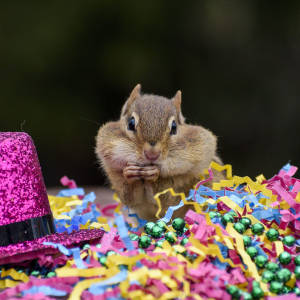 Whereas the earliest form of the game of golf can be traced to ancient Rome the electric golf cart was invented in the 20th century. In 1932 Lyman Beecher invented a golf cart designed to be pulled by two men. This cart was to aid in taking the ailing Beecher up and down the hills and valleys of the golf course. The caddies felt that the work of dragging the cart up and down the hilly Biltmore Forest Country Club course was demeaning and too much effort. Beecher later devised a gasoline cart, but it was too noisy, so his next idea created a three-wheel cart run by storage batteries. He never patented the design, opting instead just to use it to keep him on the golf course. By the mid 1950s the golf cart had gained wide acceptance with US golfers, with several manufactures producing various models. Most were electric.

Knowing this and also knowing that we (Richard!) had this tiny golf cart today's blip should have been an easy one.  But what's the saying? Never work with children or animals!

Little Chipster certainly didn't make this as easy as I had hoped.  As I was setting up the golf cart on the feeding table she quickly ran up to me.  I think I scared her in some way because she retreated and didn't come back!

I finally saw a different chipmunk so I moved my little vignette down to another location.  And thankfully Little Chipster plus the other chipmunk were willing participants in my blip.