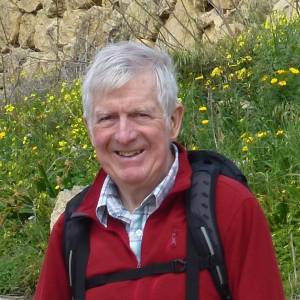 This is a massive concrete tower on the edge of manned Quarry in Alderney. It was constructed by forced labour in about 1943 under the German Occupying forces as part of Hitler's Atlantic Wall. It was intended as a naval range-finding position to observe enemy ships as part of a network of similar towers. The curved section was for observation and the rear for accommodation and target plotting. It has only recently been opened and is well worth a visit with a continuous film showing and a display timeline showing events on Alderney during WW2 and what was occurring elsewhere during the war.

And there was I thinking it was a cinema!