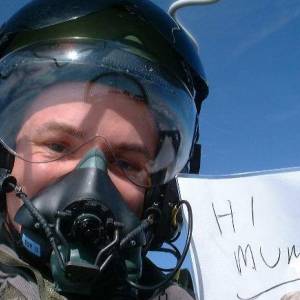 103 years since the end of World War 1. Has the World learnt the harsh lesson after more than a century? I was going to type about how wonderful the military is (it really is!) and how I hoped that I had made a change for the better to the safety of people during my time in Service. However, some sights outwith the actual fighting were traumatic to view. Deserted play-parks were always a sad sight to see, knowing that young lives had not been as innocent and carefree as you would hope. Childhoods had been violently stopped in their tracks before their true purpose in life could be fulfilled. Dreams were shattered and a generation sometimes just vanished. Wars eventually finish but the legacy is there for eternity. Changes happen that cannot be undone.
Maybe that is one of the reasons we chose to adopt - to help someone who was in need. With lots of time and help we have made a positive difference to him. I just hope that he grows up to achieve the potential that I believe he will.
Maybe one day he shall find this and read it. I hope he is proud of his adopted Mum and Dad and that he knows that we only ever tried our best.