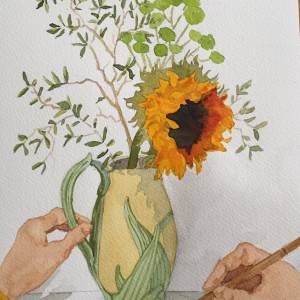 I went to a wonderful and inspiring exhibition today with friend Nikkie. It was at the Design Museum and is called ‘Waste Age: what can design do?’ The blip shows a toaster called The Optimist, which is designed to last generations. I could do with one of those, or maybe a kettle.
If only there was the political will to really change things.
The extra shows a recycling plan developed for a Japanese town. It looks complicated at first, but apparently it has been a great success and is being copied by others.
We had a good lunch in a cafe in D’s old stamping grounds and took a nostalgic stroll.